It’s the not-too-distant future, and only the government is allowed to grow food. Owning seeds is illegal. Teenagers, Chance, and Emily, along with their families, who call themselves the “Seed Savers,” race against government patrols and a deadly pandemic. The pure seeds they hide are the key to human survival. Will they escape the Seed Police?

In the Beginning, it was Good! Then man said, “I can make it better.”

It’s estimated that nearly 9.5  million people die of cancer every year. Almost 600,000 of those deaths happen in the US alone. Add to that the rising numbers of autoimmune and other diseases, and we have to ask what is going on? Is it time to take a closer look at the chemicals in our food and environment?

We see in the headlines today how important it is to have a healthy immune system. I wrote the award-winning screenplay, Seed Police, to hopefully expand the conversation about what is going on with our food production system. I hope an engaging story will raise questions across dinner tables worldwide. With your help, we are moving forward with our film project.

In a future world, two farm families race against a deadly pandemic and flee government patrols, to preserve the last pure seeds that could save us all. 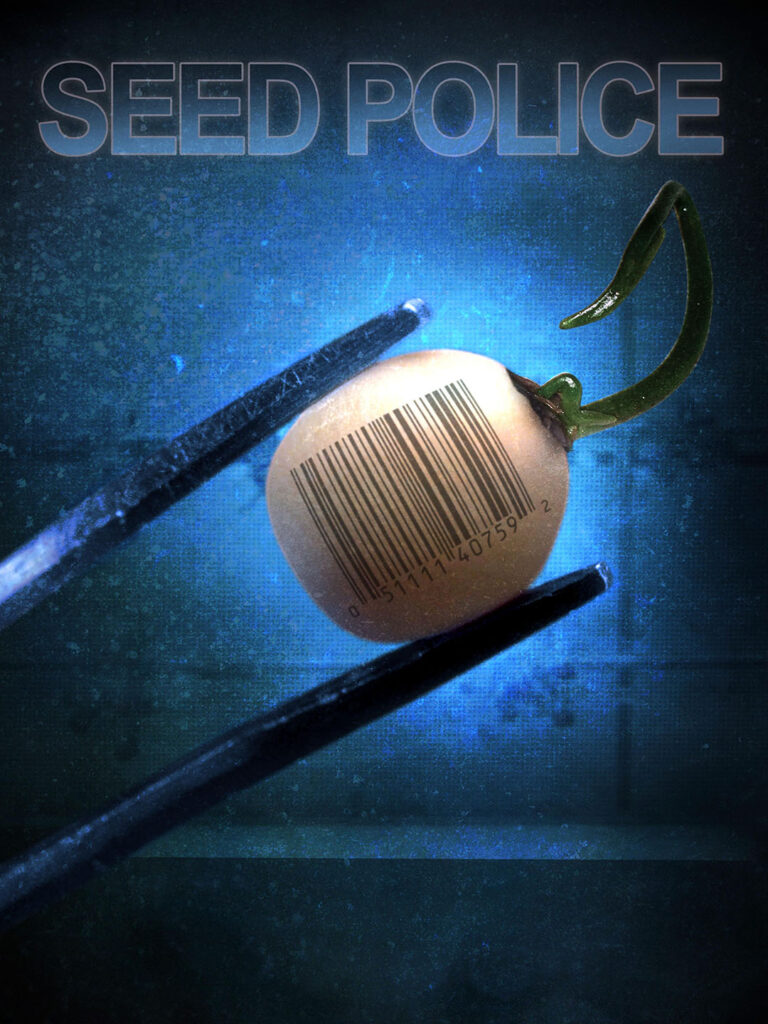 Imagine a world where the government controls the food you eat — even the seeds used to grow new food are government-produced. The government food program allows only genetically engineered seeds designed to produce disease-free plants and to eliminate sickness in the people who eat the food. Five years into the program traditional diseases are disappearing; however, a new disease has become an epidemic, with symptoms more virulent and deadly than ever seen before.

Few voices sound the alarm, citing a link between the government’s man-dated food and the new pandemic. One voice comes from minister Ben Cameron who claims the government has taken science too far and is “playing God.” Congressman Jack Landon also raises concerns about the dangers of the government food program. Meanwhile, doctor Charity Simpson rushes to track down the cause of the mysterious illness killing her patients. The answer may lie with a rogue group of “seed savers.” This clandestine band has managed to dodge government patrols and preserve some of the last unaltered seeds left on earth.

What the Money will be used for.

The first step is to produce a short concept film to preview the story and grow excitement for the project.  A small portion of the funds we raise will pay production costs for the preview trailer, including possible location expenses and the salaries for the actors and crew.

The Rest of the Funds

The proposed budget will allow us to complete all production aspects of a feature film ready for distribution.   We will use the funds for developing the project (pre-production) production, and post-production of the feature film. Expenses include salaries for cast and crew, editing, post-production coloring, sound design, location fees, legal fees, insurance, and other expenses.

I appreciate your support!

If you can’t give monetarily, you can still support our campaign by passing on information to your friends or family and praying for guidance. Thank you for your time, and we greatly appreciate your support!

Please watch the video below to see why this is such an important project.

There are no reviews yet.

Be the first to review “Seed Police” Cancel reply